Industrius d.o.o. was founded in 2010 and has its seat in Bajagić near Sinj, Republic of Croatia. It is one of the leading companies in the area of industry and power engineering. In its seven years of existence the company has successfully completed numerous projects in the region as well as worldwide. The proof of the successful business activity is visible through many references and rewards. With the aim of conquering new markets and increasing competitiveness, Industrius d.o.o. is continuously investing in the growth and development. So, in April 2017 a new production facility in the "Podi" Industrial Zone near Šibenik, Republic of Croatia, was opened.

Industrius d.o.o. provides high-quality performance in the shortest period of time, taking into consideration the importance of optimization and cost control. Industrius d.o.o. is strictly committed to quality which is highlighted as the most important feature. Safety at work and the environmental protection are placed above all in everyday performance.

Continuous investments in equipment, work tools, technology and training in order to develop a recognizable position on the market, to ensure growth and development and, ultimately, competitiveness.

The company's management is open for co-operation with professional associations, constituents of domestic universities und companies with similar and related business activities in order to, ultimately, all together give an incentive impulse to the Croatian export.

Future development of Industrius d.o.o. is focused on implementation of new technologies, advancement of installations and testing and investment in knowledge and skills of its employees. Through co-operation with certification providers the comanys specific goal is to maintain the technical certifications system through a network of audits. 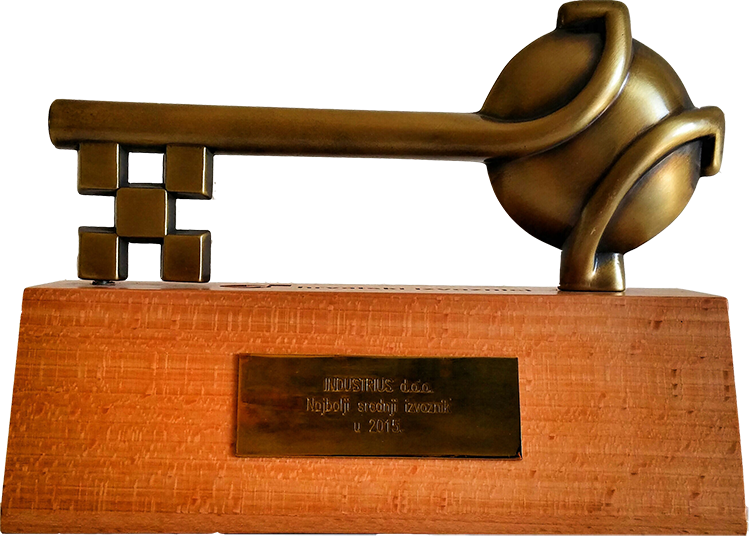 The company was awarded the "Zlatni ključ" ("Golden Key") award for the best medium sized exporter in Croatia in 2015. 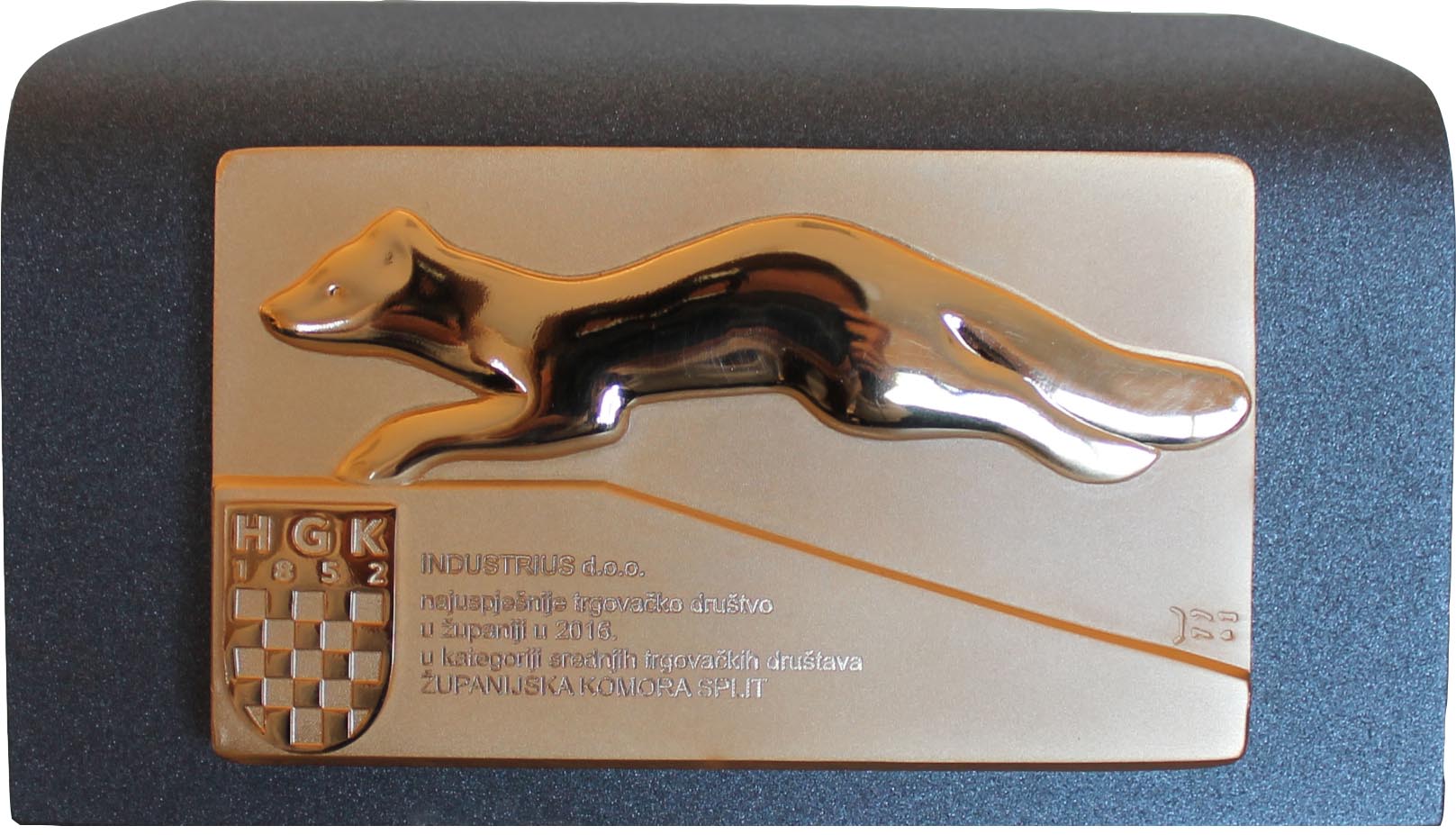 The company was awarded the "Zlatna kuna" ("Golden Marten") award for the best medium size enterprise in the Split-Dalmatia County in 2016 and was nominated for the same award at the state level.